Everything started in 1981, there was a little boy born in a middle-class family in a beautiful small country in South America. His dad, descendent from Italian roots, was a hard sales worker and mom, descendent from unknown roots, was taking care of the family and home, one older sister and older brother. Love was there all the time for this little boy. 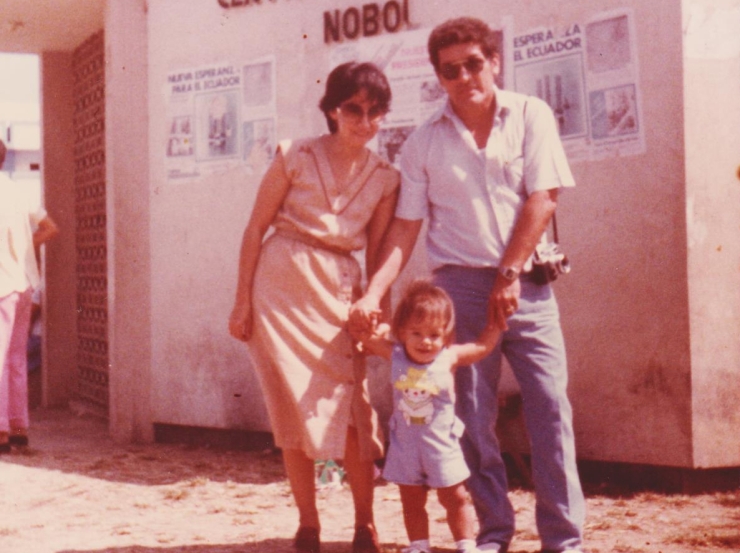 Her sister was the one in charge of naming the tribe members, so she called him ANGELO – in Italian means “angel” and in Latin means “Messenger”

There was a lot of love towards him but also a lot of conflict between the family members.

Before He was born, his dad used to party a lot. He was like the life of the parties, too much alcohol around and flirting with women, even sometimes in front of his wife. There was some dramatic violence those days and of course, mom and brothers were suffering.

When Angelo’s mom was aware that she was for the third time pregnant, she made his husband promise he will change. Seems like she believed the presence of this third son will change the situation for good.

The last three months of pregnancy were peaceful, at least she tried to stay safe and calm from the daily turmoil. Then, on March 21 Angelo was born.

He grew up watching all the conflicts around him and his family. Dad was still going for parties, making parties at home, arriving late and sometimes even not arriving at all. Very stressful moments every day. Despite all that, Angelo was growing up creating a strong boundary with Dad and wishing he can stop doing what it was hurting himself and others.

He was receiving love from all the family members, but at the same time, he saw they were hurting each other. Sometimes there was a doubt, who should he love? or who should he hate? This dilemma created an internal doubt for years.

One day he saw his brother playing an electric piano at home, he got totally captured by the keys and sounds. This was his first “calling”. Since Angelo was 4 years old, he started to learn piano by himself, he didn’t know that years later he will use this to heal himself and help people to heal.

Time passed and Angelo was discovering other arts. He connected to the clay and sculpting, drawing, then learn guitar and cooking. All things related to creating were and will be always his top passion. 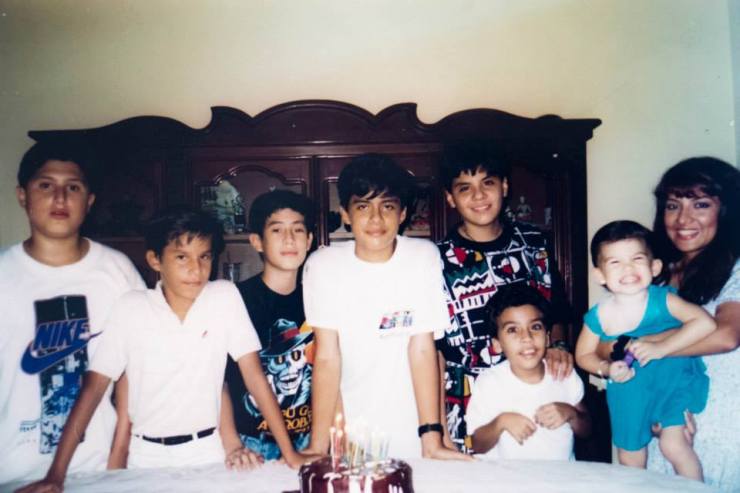 In the teenage years, he adopted a role in the family. He saw all the argues, people yelling, fights, things breaking, so he chose to stay in silence and become the one to stop the fights. Unconsciously Angelo was repressing emotions, He didn’t want to fight, he hates fights, so he was “Not allowed” to express anger. This is when his art came to support him.

He loved to play the piano at night without lights. When everybody was calmer and ready to sleep. In silence, his dad used to walk in the back and sit down to hear as an invisible spectator. Those were beautiful memories of connection and peace between him and his dad.

Angelo was developing an unconscious self-music therapy providing a deep meditation and a way to express feelings, maybe the only way in those years.

Growing up in a society where family issues are considered “normal” is not nice. A lot of limiting believes that delays the human development in Latin America, and similar things happen in Asian countries. “We all come from the same egg” 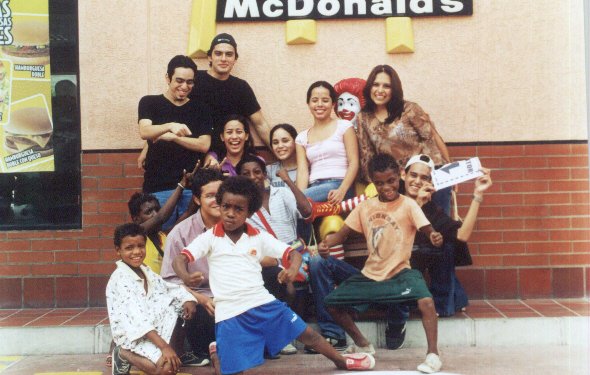 Through all the years in school, Angelo showed he was always open to help. Friends came to him to learn for exams, or for some extra support in some difficult homework. He really liked it to teach and was very easy for him.

There is a special trust that Angelo created with people. This is a superpower that allows the people around him to open themselves and let the help go in.

But in those days there was still a deep sorrow about the suffering of the most important women in his life: his mom and sister. Definitely, there was more connection with women than men, and the sorrow or melancholy was an unconscious tool to connect with them on a deeper level.

At the end of high school and during university, He started to use his talents and skills to make money. Those years, for some reason, where the most creative years so far. Angelo was creating songs, sculptures, playing with a famous band of the city, and making money effortlessly.

He joined the university in 1999 to learn business management because the career he wants, graphic design, was too expensive and there was no official university teaching this as a career. Then he connected with wonderful people, beautiful relationships, and started to go work.

In the middle of his 20’s, he faced 2 close to death-experiences, shaking his life and giving him a new way to see life. 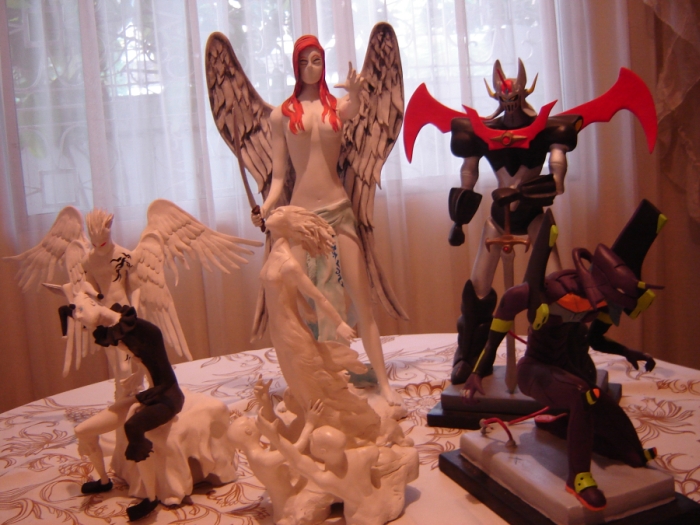 Music, Sculpting, Family and few close friends were the real support to succeed in those days. After these experiences, there was an inner change, and life started to be seen from a new point of view.

One day, during a business trip, and with a fresh surgery on the knee, He met a wonderful woman. Then after months of decisions, He left all he had and move to the biggest country in Asia. In 2009, a new life started.

This huge transition was not easy for him. New problems came up, especially about the relationship and inner struggle. Years passed and the pain at body and soul level was too obvious, this is when He said: “No more of this shit”, and was open to receive help and learn.

He got married, things were getting worse, more stress, but thanks to his wife, Angelo joined a series of training and seminars to learn about himself, life and other deep stuff. The first training he joined was Attitude Management and this was the beginning of the transformation process.

On April 2015, the radical decision to leave a stable job and become an entrepreneur was effective. He started to re-connect with his talents, learn other ways to make money and continue the learning process. 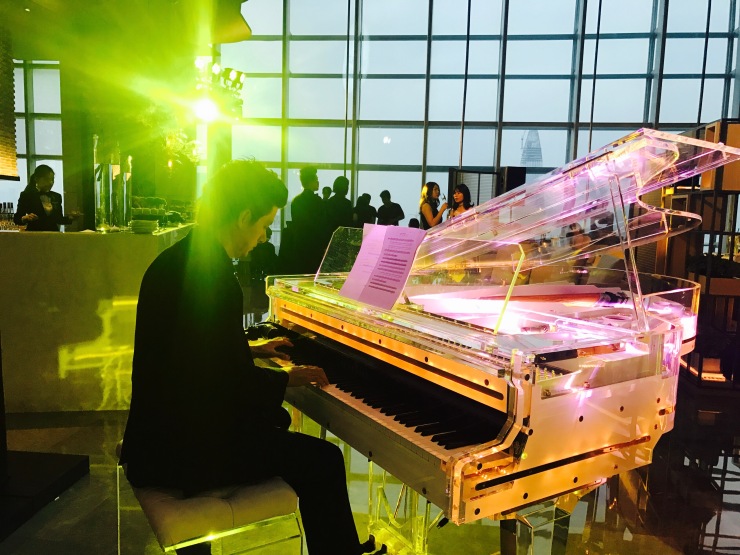 To put on standby all the passions and talents has been one of the most difficult things, but He realized that in some way, he can use all of them to help people, and this was one of the biggest awareness and breakthroughs He had.

Because its hard for people to pronounce or remember his full name, Angelo changed to AC, this is how people know him now. 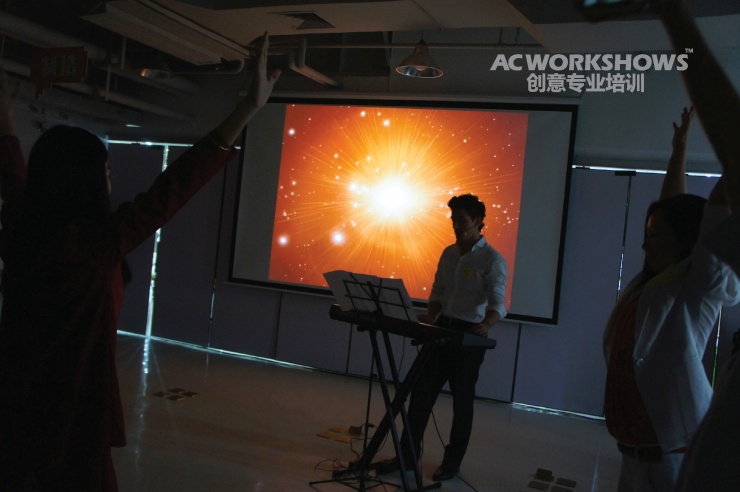 Today AC is in the transformation process, reconnect with his life purpose and helping people in China. There is still a lot to LEARN, CREATE, AND SHARE. 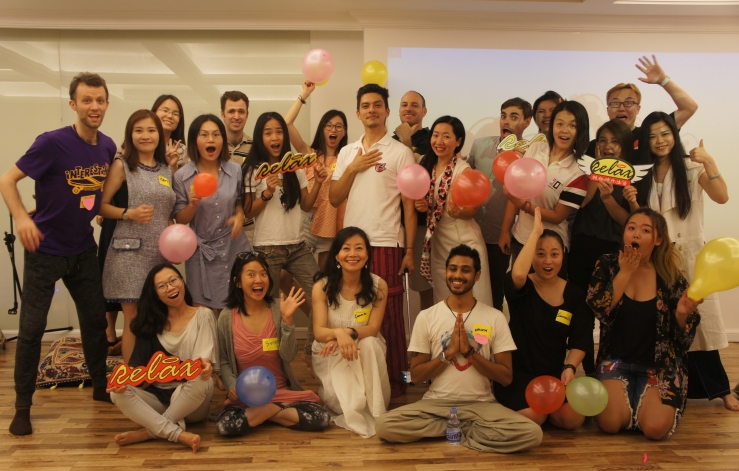 Welcome to our VISION and MISSION!